Sorry! You missed Babymetal at House of Blues 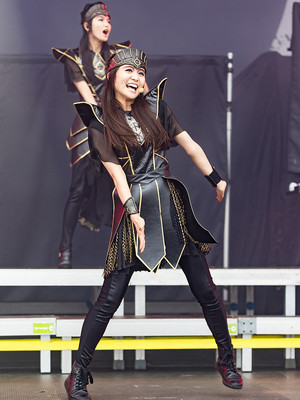 Their brilliant stage outfits sum it up: half ballerina, half battle re-enactment.

Kawaii Metalheads Babymetal Hit The US

A musical fusion the likes of which the world had never seen or heard before, Babymetal first turned ears and heads when they released their self-titled debut album in 2014. Don't miss feisty, pint-sized performers Su-metal and Moametal in all their pig-tailed, metal pop glory as they hit US shores for their 2019 tour, taking names and filling arenas with their unique sound.

They'll be joined by special guest Avatar for the majority of the tour, with The Hu taking their place as special guests in Seattle and Portland.

Sound good to you? Share this page on social media and let your friends know about Babymetal at House of Blues.