Sorry! You missed August Burns Red at House of Blues 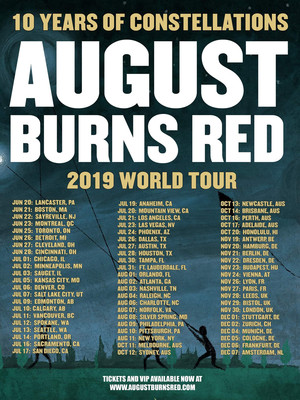 Metalcore rockers August Burns Red will spend summer 2019 on a brand new tour celebrating a decade since the release of seminal record 'Constellations'. Presenting the album in its in entirety, fans can expect one of the group's biggest and boldest shows to date as they play tunes such as 'Thirty and Seven', 'Existence', 'Meddler' and more!

Whenever the Pennsylvania natives release an album the group push themselves to new levels and raise expectations. It's why they're known as the torchbearers of modern metal music, blending styles and melodies. In 2016 their single 'identity' was nominated for a Grammy-award for 'Best Metal Performance' from 2015's Far Away Places.

Sound good to you? Share this page on social media and let your friends know about August Burns Red at House of Blues.