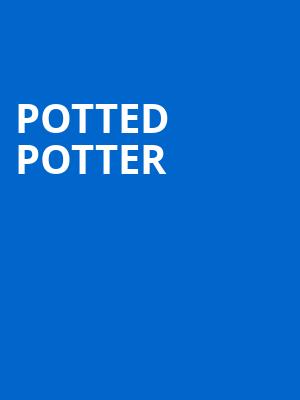 It's the single funniest thing I have seen in ages. You're gonna love this show!

HARRY POTTER AND THE HILARIOUS SPOOF

Former BBC hosts Daniel Clarkson and Jeff Turner condense all seven of the famous books by J.K. Rowling into a 70-minute farce for audiences of all ages. The Oliver Award nominated parody which has already seen success in London and New York, will see the two 'apparating' into Las Vegas quicker than you can say "Expelliarmus!"

In Potted Potter, Daniel Clarkson and Jefferson Turner bring you a retelling of all seven Harry Potter books in only 70 minutes, with characters switching in and out of costumes,performing songs and even playing a game of Quidditch, complete with a little help from the audience!

This extremely popular show was first seen in London in 2006, and has since toured the world, playing to always packed audiences of muggles (and maybe a few wizards as well). A must-see for Potter addicts, and a great introduction to the series for anyone who's ever wondered what all the fuss is about!

Sound good to you? Share this page on social media and let your friends know about Potted Potter at The Magic Attic.