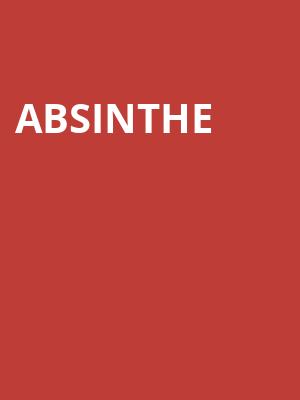 Absinthe has been hailed as ?the most inventive and daring show to open on the strip in years!? (Las Vegas Sun) Absinthe features outrageous comedy and a cast of wild and outlandish acts performing amazing feats of virtuosity within mere feet of the audience. As the Huffington Post declares, "It happens five feet away from you, and it's awesome!"

The show is hosted by the Gazillionaire and his assistant, Penny Pibbetts. They introduce the acts that have been brought together from around the world, such as Melody Sweets, Maxim Popazov, Atlantis, Duo Ssens, Ede Atlas Muz, Oxana Solamachuk, Duo Vector, and The Esteemed Gentlemen Of The High Wire. A local highlight is Angel Porrino, who features on the reality TV show Holly's World.

Absinthe is for audiences 18 and over.

I watched the show in Los Angeles and again in Vegas and wow they did not... more

Sound good to you? Share this page on social media and let your friends know about Absinthe at Spiegeltent.