You can catch Tiffany Haddish at Mystic Lake Showroom in Prior Lake, showing Jan 30, 2020

Tiffany Haddish is also touring to: 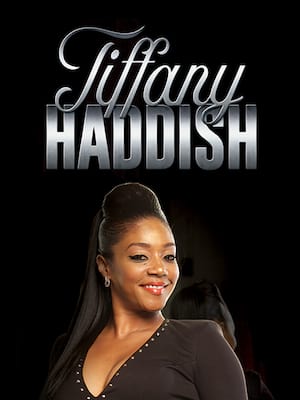 Tiffany Haddish is quickly establishing herself as one of the most up and coming performers on the comedy circuit. Having recently enjoyed success with Girl's Trip, where she starred alongside Jada Pinkett Smith, Queen Latifah and Regina Hall, Haddish is ready to burst into the limelight! Make sure you don't miss Haddish when she brings her comedy show to you!

Haddish recently made history by becoming the first black female to host the prestigious Saturday Night Live and her success has only grown since. Now Haddish is continuing to bring her #SheReady tour to live audiences across the US as 2019 blossoms. #SheReady first premiered on Showtime in the August of 2017 to huge acclaim, establishing Haddish as a 'one to watch' on the comedy scene.

Some venues are 21+ only, please check the venue.

I must have been at a different show than the other reviewers. Granted,... more

The Sacramento show was dope. I laughed the wrinkles off my balls... more

Sound good to you? Share this page on social media and let your friends know about Tiffany Haddish at Park Theater at Park MGM.