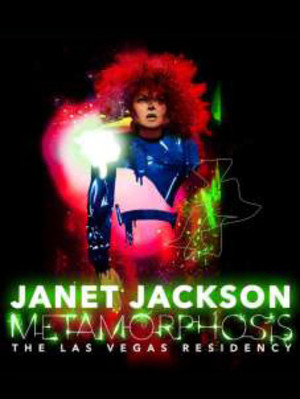 The legendary Janet Jackson is sharing her autobiography in this entertaining and explosive Las Vegas stage show! Titled 'Metamorphosis', Jackson is blessing the strip with a 15 date residency which will run over the course of three months. You're invited to celebrate the 30 year anniversary of the groundbreaking album 'Rhythm Nation', and join Janet in reflecting on her journey as you delve into her personal life in the public eye.

Like with any Jackson show, expect to see breathtaking visuals, electrifying dance numbers and of course tall her chart-topping hits and fan favorites.

A member of the Jackson dynasty, Janet performed alongside her brothers as a child, but she really came into her own through her solo work. 1986's Platinum-selling Control introduced her trademark synth-heavy fusion of r&b and soul, which would make her one of the biggest names in pop music over the next two decades. Among her most iconic tracks are Rhythm Nation, That's the Way Love Goes, and her blockbusting duet with brother Michael, Scream.

Sound good to you? Share this page on social media and let your friends know about Janet Jackson at Park Theater at Park MGM.