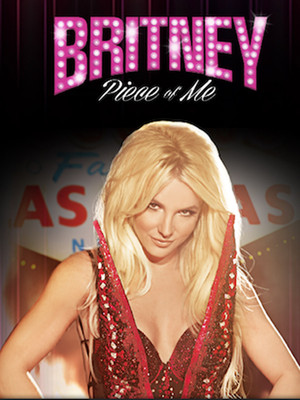 One of the most controversial and successful females of the 21st century!

Like a phoenix rising from the ashes, Britney Spears rose from the ground accompanied by fireworks and announced her new Las Vegas residency, Domination! Launching February 2019, the 32 show run will see Britney take on an urban-street and hip-hop theme. Expect to see extravagant set design alongside stunning costumes, and of course all your favorite Brit hits including 'Womanizer', 'Piece of Me', 'Toxic' and many more.

Ever since she first broke onto the mainstream in 1999 with ...Baby One More Time, Britney has become a pop culture icon, releasing hit after hit and selling over 100 million albums world-wide. As a powerhouse pop star she sings, dances and entertains fully! Her Vegas show includes sets and lighting designed by award winning Baz Halpin, a rockin' band and choreography and costume changes that continuously stun. Catch Britney at her very best!

Sound good to you? Share this page on social media and let your friends know about Britney Spears at Park Theater at Park MGM.