Sorry! You missed Sex Tips For Straight Women From A Gay Man at Anthony Cools Experience 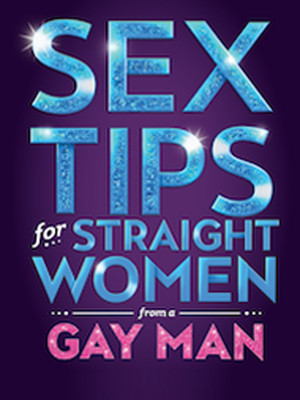 Sex Tips For Straight Women From A Gay Man

With his baby face, bedroom eyes and alluring if indeterminate European accent, (Stefan) can order us to turn off our cellphones and unwrap our hard candies any time.

Why See Sex Tips For Straight Women From A Gay Man?

An interactive comedy show that doesn't shy away from taboos, go inside a fictional authors' event at an unnamed university, where discussion of a book turns the event completely upside down, thanks to the writer of a sex tip book for women, Dan Anderson. Determined to turn the talk into an audience participation event, Dan overturns proceedings, speaking directly to YOU, whilst fighting off distraction to the handsome stagehand Stefan. But Dan finds competition from the moderator, with hilarious results...who will Stefan be winding up with, at the end of the evening?

No two performances are the same, as audience participation is the name of the game, where questions of the sexual nature are posed to Dan, as he hilariously dispenses advice of his own foolproof moves, independent observations and insider advice that comes from a wholly different source: the gay man.

Seen Sex Tips For Straight Women From A Gay Man? Loved it? Hated it?

Sound good to you? Share this page on social media and let your friends know about Sex Tips For Straight Women From A Gay Man at Anthony Cools Experience.