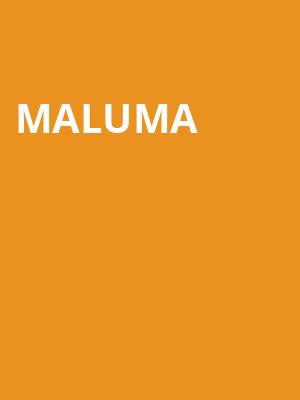 Maluma is hitting the road this fall and trekking around the arena's of the United States. Juan Luis London Arias, or Maluma as he's known to his fans, is a musical force to be reckoned with in his native Colombia. The reggaeton crooner is known for his sweet-toned voice, charismatic vocal delivery and chiselled features that have skyrocketed him to national heartthrob status.

Beginning his musical journey in 2010, Maluma signed an exclusive contract with Sony Music Colombia after his first single Farandulera was a radio hit in Colombia. Three studio albums and a host of awards and nominations later, the singer now rubs shoulders with the Latin music elite, collaborating with Ricky Martin and Shakira to create chart-topping hits Vente Pa'Ca and Chantaje.

Maluma only sang about 5 songs...the concert was all JBalvin and J LO. I... more

Sound good to you? Share this page on social media and let your friends know about Maluma at Mandalay Bay Events Center.