Sorry! You missed UFO at House of Blues 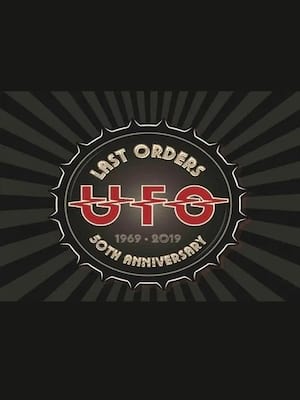 UFO delivers a set which undeniably has been the soundtrack to the lives of many in attendance this evening. You can hear just how much these songs mean to the fans present, with frequent whoops, roars, claps and cheers accompanying each song

Initially going under the name Hocus Pocus, vocalist Phil Mogg, bassist Pete Way, drummer Andy parker and guitarist Mick Bolton debuted their soaring British space rock under the moniker UFO with the release of their debut album UFO 1 in 1971. With an ever revolving collective of musicians playing with core member Mogg, the outfit have weathered over five decades as one of old school rock 'n roll's most dedicated touring outfits.

Commemorating a half-century of rocking all over the world, Mogg undertakes the Last Order's Fiftieth Anniversary Tour this fall, bringing his long lasting legacy to a close in true triumphant fashion. This last hurrah comes in partnership with the outfit's last release, the 2018 compilation of hard rock covers entitled The Salentino Cuts, and marks a bittersweet farewell to one of the last bastions of classic rock.

Phil Moog still has the pipes to get the job done. It was a excellent show.... more

The most underrated hard rock band of all time melts down the Medina Ballroom.... more

Sound good to you? Share this page on social media and let your friends know about UFO at House of Blues.