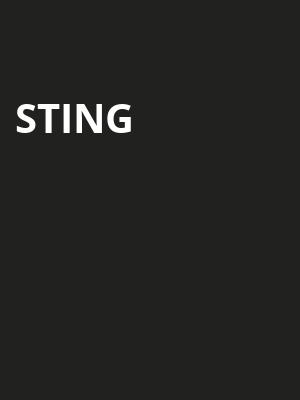 Rising to international attention as the enigmatic, sharp cheek-boned frontman, bass guitarist and primary songwriter of iconic British rock outfit The Police, Sting broke away at the height of their popularity to bolster his own solo career with his gravel-toned croon in 1984. The solo gambit paid off and over the course of a career spanning three decades, the legendary performer has acquired 17 Grammy Awards, a Golden Globe and an Emmy, sold over 100 million records and penned some of pop's most memorable tunes including Englishman In New York, Roxanne and Message In A Bottle.

Taking his Sin City bow amongst the greats, Sting takes to the Caesars Palace stage in the Spring of 2020, bringing highlights from his long and illustrious career to the fans with all the pomp and ceremony that goes with a Vegas residency and a show befitting his stature. The hotly anticipated run of shows also coincides with the release of Sting's brand new album Sting: My Songs, a compilation of new interpretations and arrangements of his greatest hits.

Therese Brannon : “Sting is an icon”

Sound good to you? Share this page on social media and let your friends know about Sting at The Colosseum at Caesars.