Sorry! You missed Luis Miguel at The Colosseum at Caesars 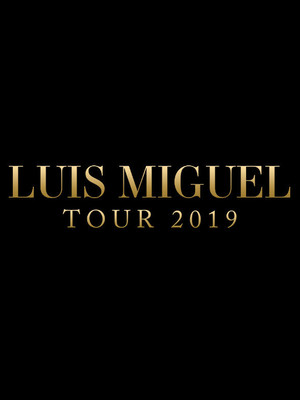 One of the most successful artists in Latin Music history is hitting the road with his 2017 album, !Mexico Por Siempre! (Mexico Always), which earned him the Grammy for Best Regional Mexican Album, and all of his greatest hits. Miguel took the recent album on the road last year, and received the Latin American Music Award for 'Best Tour of 2018'. Make sure you don't miss out on seeing the Mexican singers next potential award winning tour when he comes to your town!

Nicknamed the El Sol de Mexico, fame found Miguel at a very early age. He was awarded a Grammy at the tender age of fourteen for his duet Me Gustas Tal Como Eres with Sheena Easton. Since then, he's gone from strength to strength, venturing into every musical style under the sun. His 1991 Bolero record Romances is Mexico's third highest selling album of all time, and in recognition of his superstar status, Frank Sinatra personally invited him to play on his Duets II album three years later.

He started late but worth the wait. No pre-recorded track. It was all... more

Sound good to you? Share this page on social media and let your friends know about Luis Miguel at The Colosseum at Caesars.