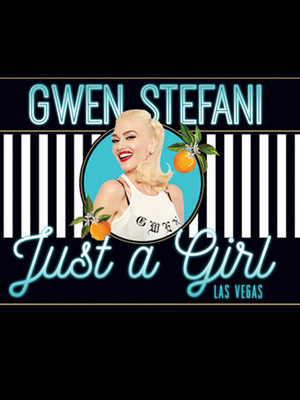 Stefani spent the near two-hour runtime reviving songs from her past with a fresh twist, energy on tilt and focus lasered.

Gwen Stefani Reigns Over Vegas In Her First Ever Residency

Alt-rock goddess turned mainstream pop mogul Gwen Stefani is hitting the Strip and performing in her very own Las Vegas residency at Zappos Theatre Planet Hollywood, a milestone move that's sure to drive her fans B-A-N-A-N-A-S! 'Gwen Stefani - Just A Girl' will chart the three time Grammy Award-winning songstress' stellar career, from her ska punk beginnings in No Doubt to her platinum-certified success as a solo performer and pop culture/fashion icon.

Following in the footsteps of many a beloved performer before her, including recent sin city stints by Britney Spears and Jennifer Lopez, Stefani continues the proud Planet Hollywood tradition with her first ever residency. Her no-holds-barred stage show is sure to be as diverse as her career journey, which spans a whopping six No Doubt albums and four solo LPs as well as multiple genres - reggae, rock, new wave, dance hall and radio-friendly Harajuku-tinged mega pop. Unafraid to mix things up, Stefani's quirky personal and musical style is wrapped up in a sense of bubblegum fun and infectious energy - expect nothing less during this landmark run of concerts.

Sound good to you? Share this page on social media and let your friends know about Gwen Stefani at Zappos Theater at Planet Hollywood.