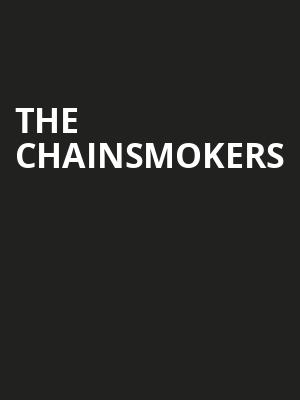 Image by The Come Up Show Used under Creative Commons License

EDM's newest superstars hit the road with So Far So Good!

Why See The Chainsmokers?

So Far So Good

The most talked about band of recent times, DJ Duo The Chainsmokers (comprising Andrew Taggart and Alex Pall) have blown up the charts with the singles 'Don't Let Me Down', 'Indie Out', 'Closer (feat. Halsey)' and of course their breakthrough track '#Selfie'. Now they're back on the road in 2022, touring their latest studio album 'So Far So Good'!

The beginning of 2018 saw The Chainsmokes releasing their first material since the release of their debut studio album in 2017, 'Memories... do not open'. The latest studio album entitled 'So Far So Good' (2022) was the bands third full release. Expect to hear new material plus their best-known tracks on this set of live dates!

Don't even like EDM but the Chainsmokers were amazing and the show was... more

Sound good to you? Share this page on social media and let your friends know about The Chainsmokers at XS Nightclub.