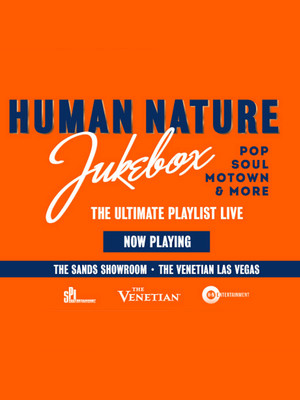 Probably the most successful boy band you've NEVER heard of.

Arguably one of the longest-running modern boy bands, Australian vocal outfit Human Nature have been touring, recording and performing to legions of fans since the mid-Nineties, and have now returned to the Venetian hotel for a new residency for three years! First hitting Vegas in 2009 with their heavily praised "Motown Show" (winning over the likes of legendary Smokey Robinson), they managed to clocked up over 1300 performances during a six year residency, before hitting the road on tour.

One of the biggest foreign acts to gain a residency in Sin City, Human Nature's impressive credentials speak for themselves. Known for a string of popular hits including Wishes, Don't Say Goodbye', 'Don't Cry', 'Eternal Flame', plus many more, they have sold more than 2.5 million albums worldwide, earning 25 platinum awards in the process. They just may be the most successful band you've never heard of.

Sound good to you? Share this page on social media and let your friends know about Human Nature at Sands Showroom at the Venetian Hotel Las Vegas.