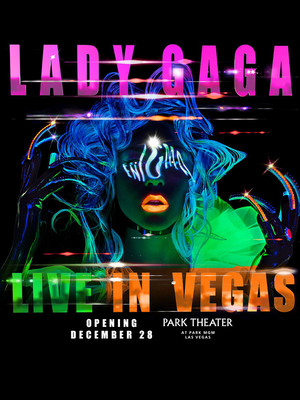 Lady Gaga is hitting Las Vegas! The queen of pop and Golden Globe winner is bringing a brand-new odyssey of her greatest pop hits built as an experience unlike any other. Comprising of two different shows, one titled Enigma, and the other Jazz and Piano, fans are given a unique chance to see the pop goddess at the top of her game, delivering a show (or two!) like no other!

Please note, the following dates are the Jazz and Piano show:
June 2
June 9
June 8
All other dates are for the Enigma performance.

The reign of Gaga!

Gaga rose to fame after her debut album, The Fame, stormed the charts with hit singles 'Poker Face' and 'Just Dance'. The electro-pop album was soon followed by the equally successful EP in 2009, The Fame Monster, which featured singles 'Telephone' and 'Bad Romance'. Since then, Gaga has released four more albums which all have had their moments in the charts, her most recent being 2016s full-length album, Joanne, which includes hit single Perfect Illusion. The songstress recently won the coveted Golden Globe award for Best Original Song for her work on 2018's A Star Is Born.

So if you want to see more than a Perfect Illusion, this residency is the place to be!

Sound good to you? Share this page on social media and let your friends know about Lady Gaga at Park Theater at Park MGM.