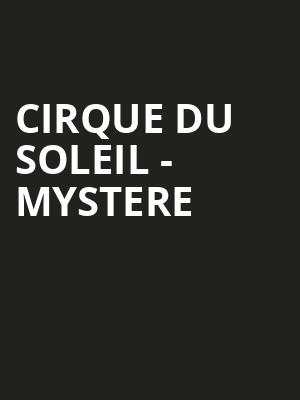 If someone were to dream of a cathedral to the goddesses of earth and rebirth, and then dare to build it on the Vegas strip, this would be it.

The longest-running Cirque show in Vegas!

Mystere was the first Cirque show to gain a permanent residence at its own theater in Las Vegas, after first opening at Treasure Island in 1993. Since then it has been seen by approximately 12 million people and in 2010 saw its 8,000th performance!

The show focuses on the origins of life in the universe, with mythological elements. This theme is the inspiration for the show's costumes, set design and music. One such costume is the Firebird, who has red feathers and accents that give the impression of embers flying through the air. It's a true exhibition of strength and stamina, one performance is on a rotating dome that demands extreme precision from the artists!

Mystere by Cirque du Soleil may be inappropriate for children aged 5 and under. Children under 3 years of age will not be admitted into The Mystere Theater. Please be advised that strobe lights and theatrical fog are used during performances. Guests who react to either of these effects should note that they attend the show at their own risk.

90 minutes with no intermission.

Sound good to you? Share this page on social media and let your friends know about Cirque du Soleil - Mystere at Mystere Theater.