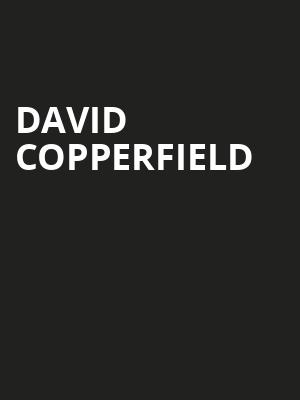 Copperfield's best illusions are still unparelled on the strip

THE MAGICIAN OF THE MILLENNIUM IS STILL UNRIVALLED IN HIS ART

The name David Copperfield has been synonymous with magic and illusion since coming to public attention in the Nineties for his Broadway stage shows and of course, his daring large scale illusions. Amongst his many feats include disappearing from an aircraft mid-air; making the Statue of Liberty disappear in front of a large audience and walking THROUGH the Great Wall of China.

Be prepared to see raw magic without the cheesy antics of other performances. There are no showgirls or flashy dance numbers to pad out the acts. There won't be any over-the-top production elements that take away from his art. As the show name suggests, this production is all about the man himself, his illusion work and you, his audience.

Copperfield's conjuring is often more about the sheer simplicity that will astonish crowds as much as his more complex tricks. Even be prepared to become part of the act yourself; some of his most memorable acts have involved unwitting members of the audience - you'll find no plants or stooges here!

As well as being the youngest ever inductee into the Society of American Magicians at age 12, he is currently the only living illusionist to have his own star on the Hollywood Walk of Fame, and has been awarded by Congress with with the Living Legend Award - a feat only achieved by Steven Spielberg, Martin Scorsese and Colin Powell. He is also the highest-selling solo artist ever, outselling Elvis, Michael Jackson and even Frank Sinatra!

Suitable for ages 5+
Includes moments of mild peril, but with no blood or gore. Parents are advised to use personal discretion.

90 minutes with no intermission

Sound good to you? Share this page on social media and let your friends know about David Copperfield at MGM Grand Hollywood Theater.