Sorry! You missed Celine Dion at The Colosseum at Caesars 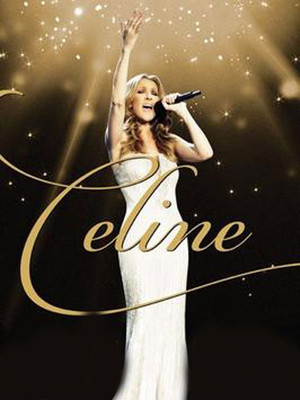 Celine's New Show At The Colosseum!

Known universally around the world for her soaring and heartbreaking ballads, including My Heart Will Go On, she is arguably the biggest best-selling female artist of all time. With Grammy, Juno, Academy and World Music Awards to her name, her popularity is strong as ever.

Both fans and critics are giving rave reviews for Celine's new show at The Colosseum! Directed by long time Grammy Awards producer Ken Ehrlich, this show includes some of Celine's biggest hits mixed with iconic classics..

Featuring a full orchestra and band, consisting of 31 musicians, the show is set to a breathtaking visual set, which has been designed exclusively for the 4,300 seat state-of-the-art venue.

A Career That Continues to Go On

Dion's extensive catalogue includes albums performed in both English and her native French, with a new French-language album currently in the works with female Algerian R&B singer Zaho, also known throughout the francophone world. Her most successful albums to date were Falling Into You in 1996, which garnered career-best reviews.

Her most successful single to date was the accompanying song to James Cameron's legendary movie Titanic, My Heart Will Go On, from her 1997's Let's Talk About Love studio album. The song sped to the top of charts worldwide, and stayed there for months, winning her both Golden Globe and Academy Awards For Best Original Song.

Her musical style continues to divide critics to this day, with her bombastic sentimental style of ballad either garnering huge praise or loathing - nevertheless, the Las Vegas residency continues to prove that her popularity is as strong as it was in the Nineties, with sell-out shows almost every night of her performing week.

Her tour to French Canada marks a short breather from her incredibly successful Caesars Palace residency, with six shows playing in Montreal and Quebec City.

Best show I have ever seen, touched my heart and soul, more

Sound good to you? Share this page on social media and let your friends know about Celine Dion at The Colosseum at Caesars.