Sorry! You missed Alessia Cara at The Boulevard Pool at The Cosmopolitan 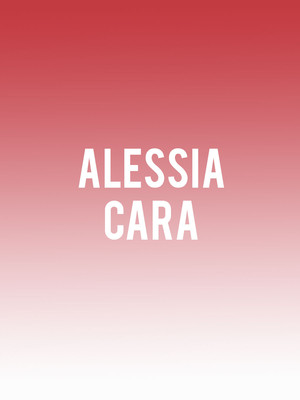 Alessia Cara has become a heroine for awkward outsiders

Alessia Cara represents the new breed of pop star. The young Canadian singer-songwriter first came to the attention of the internet for her popular acoustic covers, racking up millions of views before catching the eye of mega label Def Jam and releasing her certified platinum debut album Here in 2015. Catch her on tour as she supports her most recent EP release, This Summer, which is hitting the road for the first time since its release.

Known for an authenticity rare amongst pop singers her age, Cara doesn't hide behind flashy gimmicks but favors a laid back on-stage style that allows her impressive set of vocal pipes to shine. Her driving anthems often extol the virtue of self-love and acceptance, and while she may seem enigmatic and introverted in interviews, the songstress is anything but ordinary when singing her self-penned songs live.

Sound good to you? Share this page on social media and let your friends know about Alessia Cara at The Boulevard Pool at The Cosmopolitan.