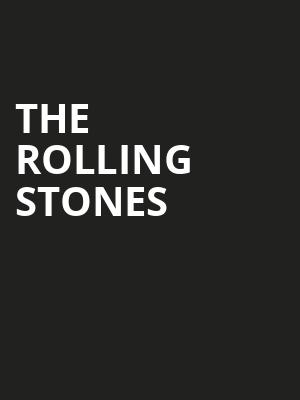 It's a thrill when we play in the States, the energy is always amazing!

Why See The Rolling Stones?

WILD HORSES COULDN'T DRAG US AWAY!

The Rolling Stones returns with the continuation of their No Filter Tour! Emerging in the 1960s at the bad boys of rock 'n' roll, the Stones were the down and dirty counterpart to The Beatles clean cut moppets. Always courting controversy with their subject matter and their offstage antics, The Stones nevertheless produced some of the most indelible tracks of the decade, channeling their love of American blues into songs like '(I Can't Get No) Satisfaction', 'Ruby Tuesday', Jumping' Jack Flash' and many more, alongside some surprisingly deep cuts for the devoted fans.

A synthesis of great music, musicianship and the iconic swagger of Mr. Jagger, seeing these living legends live is a breathtaking experience and one you won't forget for a long time!

The Rolling Stones are the greatest rock band EVER! The show at Gillette... more

I have seen (actually I have heard) better shows from the boys over the... more

Sound good to you? Share this page on social media and let your friends know about The Rolling Stones at Allegiant Stadium.