You can catch Night Ranger at Community Theatre in Morristown, showing Nov 5, 2020

Night Ranger is also touring to:

You are viewing a past performance of Night Ranger

You can catch Night Ranger at the The Orleans Showroom Theater, showing September 19, 2020 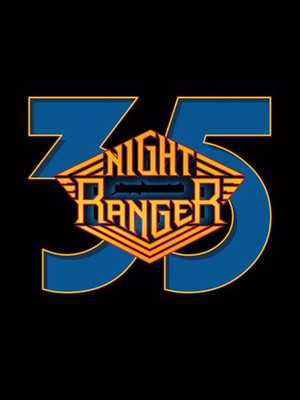 35 years later and Night Ranger are still rocking like its the 80s!

All throughout the decade of decadence, San Francisco rockers Night Ranger rode high with a string of successful albums and singles, with their first five albums selling over 10 million copies across the globe. Straddling the worlds of hard rock and glam metal, they provided an anarchic soundtrack to the big hair generation, solidifying their here-to-stay status with the release of their seminal soaring power ballad 'Sister Christian' in 1984.

Throughout multiple break-ups, reunions, solo careers and hiatuses during the decades, Night Ranger's legacy lives on, with the band frequently coming together to mark milestones and conjure the rock and roll spirit of their past. The Bay Area icons have lost none of their youthful passion and fire when it comes to their live show - they still managing to elicit mass sing-alongs to their anthemic, building choruses bolstered by driving drums and flaming licks aplenty.

Sound good to you? Share this page on social media and let your friends know about Night Ranger at Grand Event Center Golden Nugget.